It has been 10 years since the foreign takeovers of Sudbury’s two homegrown mining companies.

And the debate continues over whether or not this has tarnished the Nickel Capital over the last decade.

Vale — then known as CVRD — officially took over Inco on Oct. 24, 2006, three months after Falconbridge was bought by Swiss-based Xstrata.

It was been 10 years since Inco, which had roots in Sudbury mining going back to 1901, was taken over by Vale, then known as CVRD. (Wikimedia Commons)

John Fera was president of Steelworkers 6500 when Inco became Vale in 2006.

He says the Brazilian company promised to make things better — but that hasn’t happened.

If the merger between Inco and Falconbridge had gone ahead, a big union battle was brewing on the horizon.

The workers of the new company would have voted on which union to join, the Steelworkers or Mine Mill, reminding some of the violent days of “The Raids” in the early 1960s when the two unions fought over who would represent Inco workers.

Rick Grylls was president of the Mine Mill union representing Falconbridge workers back in 2006 and says they had drawn up a promotional pamphlet and had started lobbying the workforce ahead of the vote.

He is happy the merger didn’t go ahead, because he thinks two competing mining companies is better for local workers, with a few more jobs to go around

Grylls says that no matter what corporate logo is on the sign out front, company executives don’t care about Sudbury or its workers.

“That upper structure is based on the theory of taking as much as they can and leaving as little as possible, so it would have been the same game plan if it was one company or two companies,” he says. 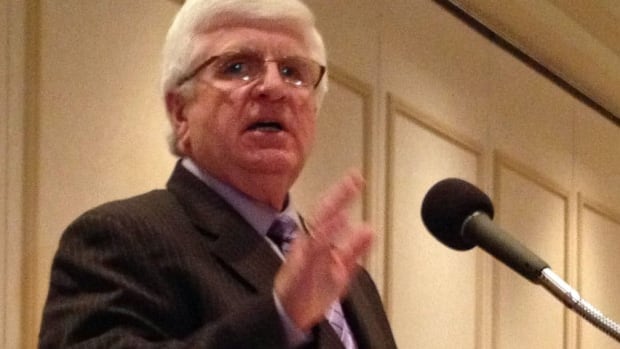 Rick Bartolucci was the Sudbury MPP and Minister of Northern Development and Mines during the takeovers of the local mining companies.

Sudbury MPP Rick Bartolucci was the Minister of Northern Development and Mines back in 2006.

He says he worked hard behind the scenes to make sure Sudbury got the best deal, although he was criticized at the time for not publicly advocating for Sudbury.

“There was lots of unknowns, so it was just normally that people, including me, had concerns and wanted to ensure that we did was in the best interest of Ontario.”

Many to this day feel the city would have been better off if the mines had stayed in local hands, but Bartolucci doesn’t see any point in speculating.

“To surmise what might have been really is counter productive, because we don’t know,” Bartolucci says.

The retired politician says that, over time, Sudburians will feel just as much pride in the names Vale and Glencore, as they used to in Falconbridge

Alistair Ross, who worked as a general manager in various roles at Inco between 2000 and 2005, believes a merged Inco and Falconbridge would have made job cuts early on, but more efficient operations would have extended the lives of Sudbury mines.

Looking ahead another 10 years, Ross says if Vale and Glencore don’t invest in deeper mines and increase the amount of ore feeding their mills and smelters, the operations and the workers needed to run them could be much smaller in the future.

The Falconbridge logo disappeared from the local landscape when it was taken over by Xstrata in 2006. (Wikipedia)

Looking ahead another 10 years, Ross says if Vale and Glencore don’t invest in deeper mines and increase the amount of ore feeding their mills and smelters, the operations and the workers needed to run them could be much smaller in the future.

The federal government often gets the blame when Sudburians pine about the Inco-Falconbridge merger.

It didn’t intervene while the European Union was dragging out its competition review, allowing foreign bidders to sweep in.

But journalist and author Jacquie McNish points her finger at the two Sudbury mining companies themselves, who knew for decades that joining up made sense, but couldn’t get past their old rivalry.

“But they could never get over their old competitive complaints to trust each other to do a deal that should still be done,” she says.

McNish says if they two companies joined forces, Sudbury would be able to better weather slumps in the mineral market.

In 2013, Vale and Glencore did discuss merging their Sudbury operations, but those negotiations, much like others in decades past, fell apart.

“It just makes so much sense. There’s so much overlap in their mining operations. Let’s build a Canadian mining giant.”

Sound Library: looking back on the selling of the Nickel Capital’s nickel