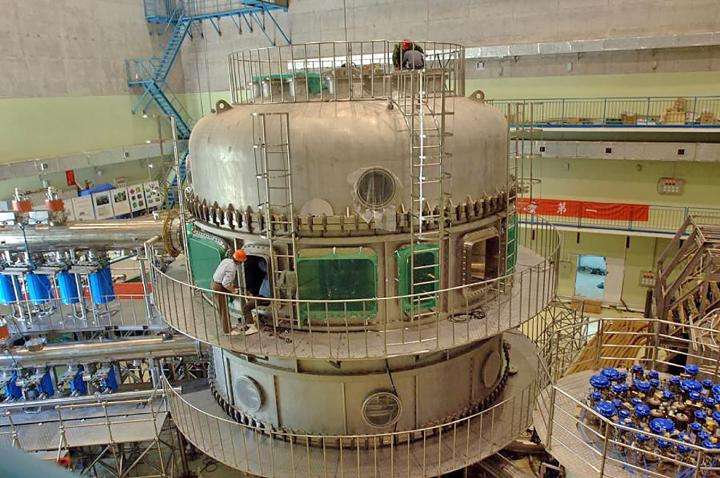 For fusion to generate substantial energy, the ultra-hot plasma that fuels fusion reactions must remain stable and kept from cooling. Researchers have recently shown lithium, a soft, silver-white metal, to be effective in both respects during path-setting U.S.-Chinese experiments on the Experimental Advanced Superconducting Tokamak (EAST) in Hefei, China. Leading the U.S. collaboration is the U.S. Department of Energy’s (DOE) Princeton Plasma Physics Laboratory (PPPL), together with co-principal investigators Los Alamos and Oak Ridge National Laboratories, with Johns Hopkins University, the University of Illinois at Urbana-Champaign, the University of Tennessee-Knoxville, and the Massachusetts Institute of Technology. Scientists from General Atomics also participate via a separate grant.

Seven U.S. researchers traveled to EAST in December, 2016, to participate in the experiments. They deployed lithium in the Chinese tokamak in three different ways: through a lithium powder injector, a lithium granule injector, and a flowing liquid lithium limiter (FLiLi) that delivered the element in liquid form to the edge of EAST plasmas.

The research showed excellent progress in all three areas. The form of the experiments and their results included: