Carbon Dioxide or CO2 is pretty much everywhere. Every time we breathe out we make more of it and every day when we drive out cars we create even more. If we were somehow able to convert CO2 into stable energy then a lot of the world’s energy problems could be solved. Well, the fact is we are capable of doing just that and we have been for a long time. We can turn CO2 into CO which is a great fuel source.

“There are many ways to use CO,” said Eli Stavitski, a scientist at Brookhaven. “You can react it with water to produce energy-rich hydrogen gas, or with hydrogen to produce useful chemicals, such as hydrocarbons or alcohols. If there were a sustainable, cost-efficient route to transform CO2 to CO, it would benefit society greatly.”

It’s not that hard of a process but there has always been a snag or two that make the process impractical. Until now.

In order to convert CO2 in CO, we must put it through a reduction process. An electrocatalyst is needed for this reduction and this is where we start running into problems. Traditional electrocatalysts cannot be used in this situation because they favor another reaction known as water splitting. Basically, since these reactions take place in water the catalyst will end up splitting the water into H2 and O2 rather than reacting with the CO2. Which is not helpful. There are some catalysts that prevent this from happening like gold or platinum, but those noble metals are expensive and make the process impractical on a large scale. Recently, however, scientists may have discovered a solution. 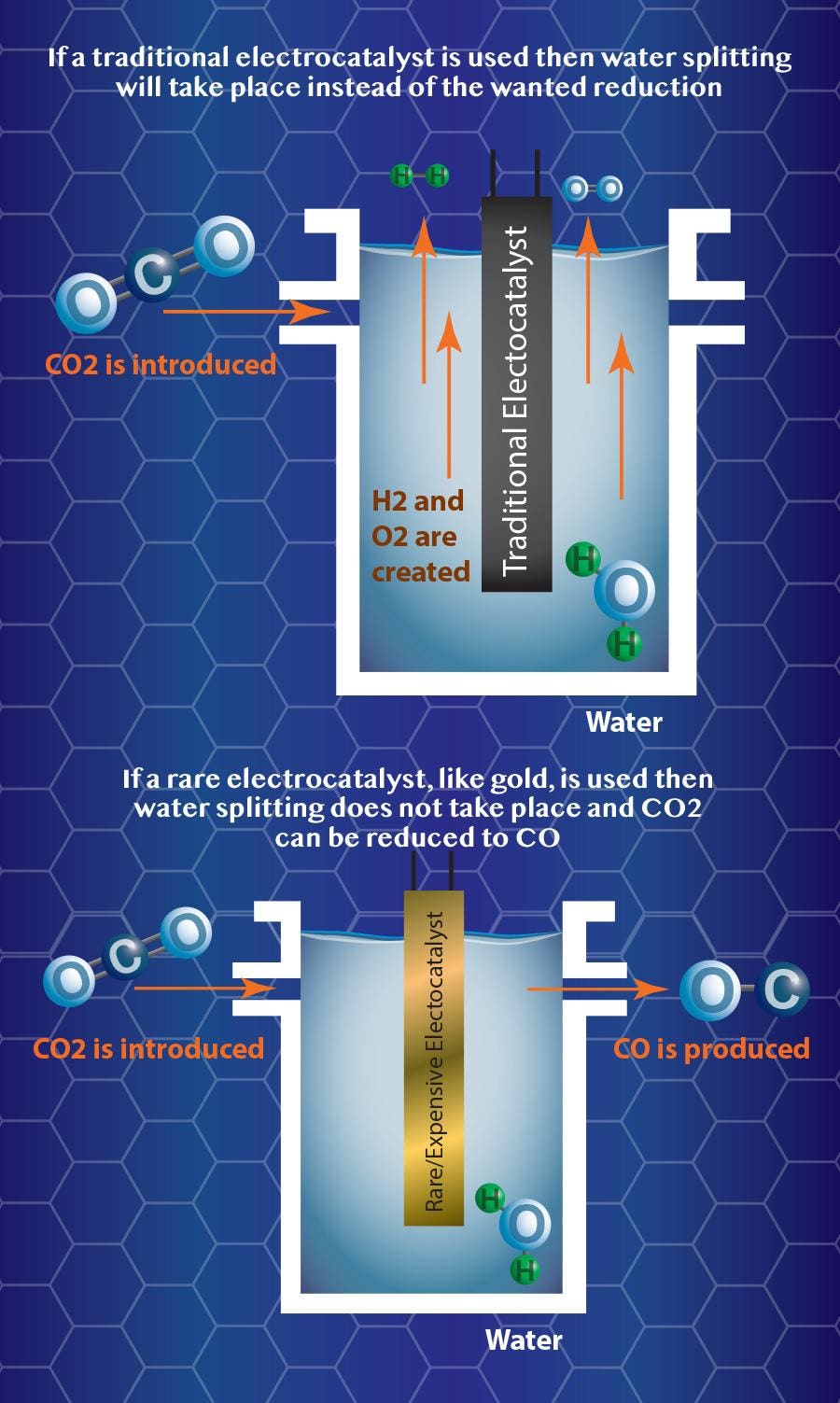 Recently, researchers at the U.S. Department of Energy’s (DOE) Brookhaven National Laboratory found that nickel could be used for this process. In the past nickel has largely been ignored for this reaction because when nickel is used in bulk, water splitting takes place and what CO it does produce ends up bonding to the surface area of the nickel in a process known as poisoning. This renders the nickel ineffective and nobody wants to go to the trouble of getting the nickel back into shape so it can perform again.

In order to solve this problem, a team of scientists are using single atoms of nickel anchored to a sheet of graphene. The single atoms react perfectly to produce CO. The team is now focused on producing the catalyst in a cheap large-scale way. This could mean a lot for the world’s energy crisis.