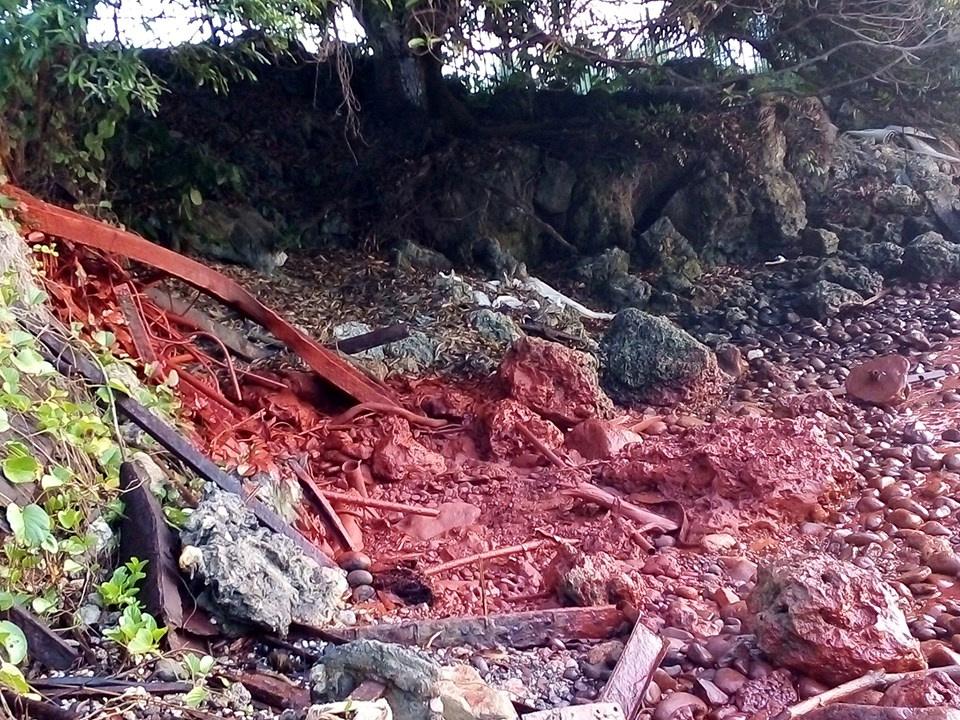 MCC’s Ramu nickel plant located in Madang, on the country’s northeastern coast, spilled waste into the bay over the weekend which caused the surrounding ocean to turn red and left a muddy residue on the rocky shoreline, according to locals and photographs of the incident.

The spillage occurred when a plant operator did not notice a pump failure during a maintenance shutdown, causing a tank to overflow and mining waste to disperse into the ocean, Jerry Garry, managing director of PNG’s Mineral Resources Authority (MRA) said.

“From an environmental point of view, obviously the slurry discharge… has already caused damage to the ocean and the livelihood of the people because they will not be swimming and they will not be fishing in the area any more,” he said.

“There will be summons to pay compensation. There will be other punishment imposed by CEPA. I’m really not too sure as to what the nature of the penalties may be,” he told Reuters.

A senior official at the Ramu plant, who asked to remain unidentified, said in a text message that around 70 cubic meters of slurry had flowed into the sea. He added that the project operates “in strict compliance” with local laws.

While actions taken will be taken against Ramu pending an investigation by CEPA and the MRA, “recent media reports or comments from some politicians to shut down the project can’t represent the decision by relevant government authorities,” he said.

The nature of the incident has raised questions about the plant’s environmental management.

“People have been raising concerns about the way the plant has been operating for years,” said Gavin Mudd, an associate professor at RMIT University’s engineering department in Melbourne. “If this happened in Australia, there would be heads rolling, not just getting a fine.”

The MRA’s inspector found no immediate safety concerns and no reason to shut down the operations, said Garry, the agency head.

However, residue samples of the spill have been sent to Australia for testing and results are expected in under a month, he said, adding he recalled two other spills at the plant.

The environment minister has the authority to shut the mine, Garry said, and the local governor this week called for the plant’s operations to be closed.

Environment Minster Geoffrey Kama said in a report on Thursday by local newspaper The National that he would go to the site of the plant this Monday.

“If I see the situation is devastated I will close the mine,” he said, according to the report.

“We need to see the report first and then make a decision,” Kama said, according to the newspaper.

MCC’s Basamuk Bay plant produces an intermediate nickel product for the battery industry from ore sent by pipeline from the Kurumkukari nickel and cobalt mine about 135 km (81 miles) away.

Batteries for electric vehicles are a key part of the green energy revolution, but investors are increasingly demanding responsible sourcing policies along the supply chain for the minerals.

Reuters could not immediately reach the CEPA or Kama for a comment.