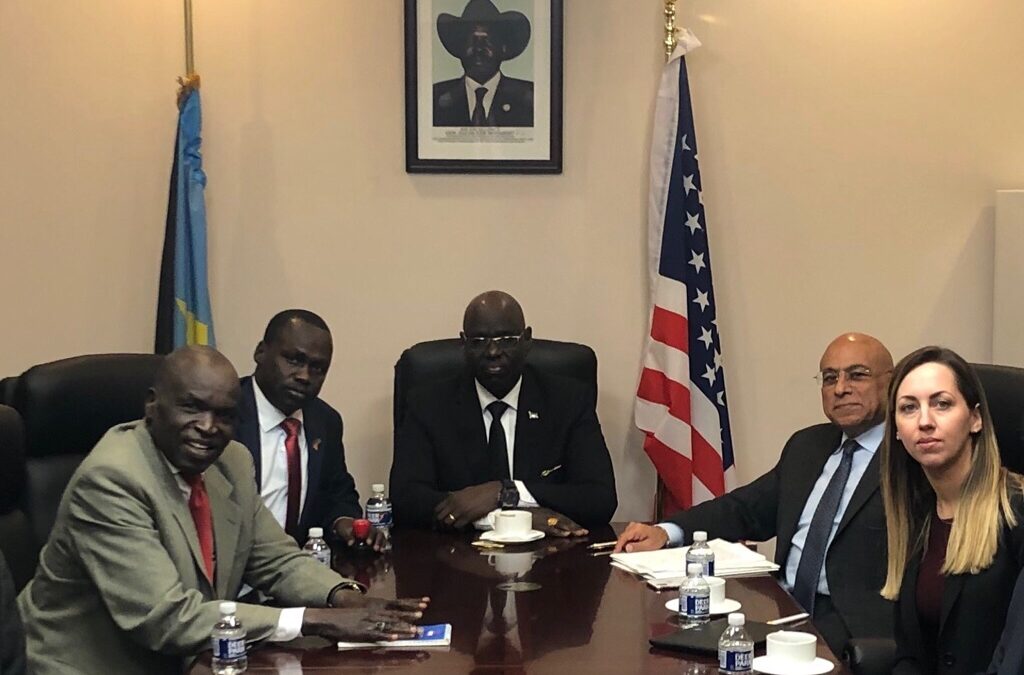 A delegation from the Republic of South Sudan’s government, headed by the Minister of Mining, Hon. Gabriel Thokuj Deng, met with the executives of three corporations from Canada and the United States

Today is a great day to begin real cooperation between South Sudan, US and Canada to unlock the mineral wealth of my country.

On Thursday 12 September 2019, a delegation from the Republic of South Sudan’s government, headed by the Minister of Mining, Hon. Gabriel Thokuj Deng, met with the executives of three corporations from Canada and the United States at the South Sudanese Embassy in Washington D.C. The South Sudanese delegation is visiting the United States and Canada to sign an agreement that would facilitate satellite imaging of all the mineral resources of the Republic of South Sudan.