The world’s biggest lithium-ion battery is about to get even bigger, with Tesla Inc. set to beef up capacity at the Hornsdale site in South Australia.

The system will be expanded by 50% to 150 megawatts, according to an announcement from Neoen SA, the French company that operates the site. The storage site has already saved consumers more than A$50 million ($34 million) in its first year of operation.

Since its 2017 installation, the battery has helped to stabilize the grid, avoid outages and lower costs by offsetting the intermittency of renewable power generation. That’s helped blaze a trail for other plants around the world.

“The Hornsdale battery is a ground-breaking project that has proven what batteries can do for our electricity system,” said Darren Miller, head of Arena, the government’s renewable energy agency, which is helping to fund the expansion.

Affordable utility-scale batteries are seen as the missing link needed to make solar and wind power realistic competitors to fossil fuels. While green sources can be cheaper, they lack the reliability of traditional fuels, making the carbon-intensive energy difficult to jettison, which is necessary to avoid catastrophic impacts from climate change.

In the meantime, the storage industry is increasingly important in places like South Australia, which has relatively less access to traditional fossil-fuel sources such as coal and natural gas. While Tesla’s outback battery was never intended to be a cure-all for the state’s power problems, it has provided valuable insights into the potential contributions storage systems offer grids.

A raft of big battery projects are in development in Australia as energy planners focus on firming up the country’s expanding wind and solar capacity. Another French company, Total Eren SA, is looking to build a 270 megawatt storage system for its Kiamal solar farm in Victoria, while EPS Energy is looking to tap into the proposed South Ausralia-New South Wales interconnector with a 280 megawatt solar farm and 140 megawatt battery at Robertstown. 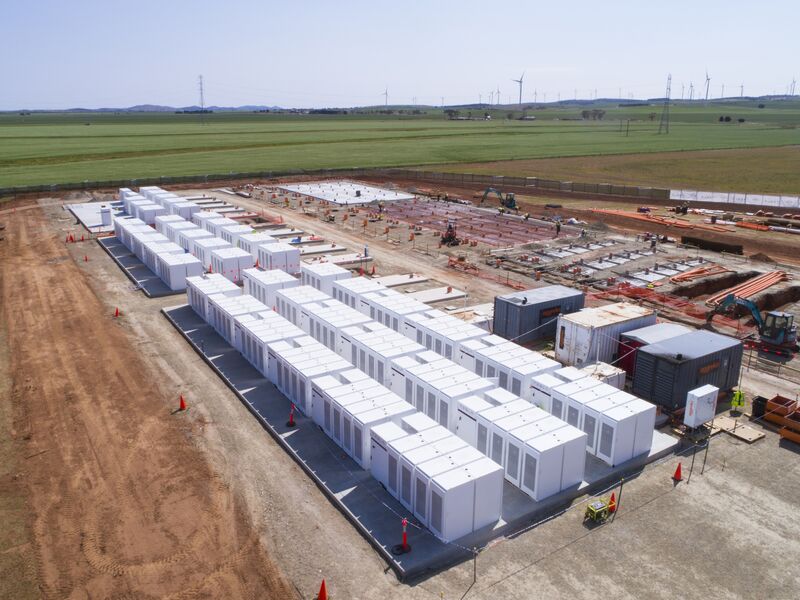