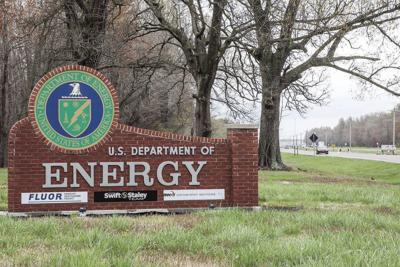 The Paducah Area Community Reuse Organization agreed Wednesday to learn more about the potential economic impact that could come from 10,000 tons of nickel currently located at the U.S. Department of Energy’s Paducah site.

PACRO is the single point of contact designated by the DOE to identify and reuse surplus assets from the Paducah Gaseous Diffusion Plant to help offset the economic impact on communities, including the loss of jobs, in the aftermath of the plant ceasing operations.

PACRO board Chairman Eddie Jones initiated the nickel discussion as a potential asset at the organization’s May meeting. Following that conversation, Jones was contacted by a representative of a Canadian company which is in the business of refining metals, including nickel.

Jones said there was an analysis done in 2007 for DOE about what could be done with the nickel and CVMR was involved in that.

“Since then, they (CVMR) have refined their process of refining nickel.”

Following about a half-hour of discussion Wednesday, the PACRO board voted to invite Hargett to come to its Sept. 15 meeting to give a detailed presentation, described by Jones as being on par with a TED (technology, entertainment and design) Talk.

PACRO is interested in the economic potential of the nickel, provided it were to be de-contaminated and declared surplus material, to be used for economic development purposes.

“I just felt like it was something that the group should decide, as to whether they (members) wanted to entertain this public discussion,” said Jones, following the board’s unanimous vote to have Hargett make the presentation.

“It’s an asset that exists in our county presently. We often wonder, pontificate, you know, we have those conversations ‘what about the nickel?’

“When we talk about economic development it always comes up. This would be an opportunity for us to document, at least, his (Hargett) perspective of both the history and the potential future of this nickel,” Jones said.

The nickel is potentially quite valuable, Jones told the board Wednesday.

At one point Jones suggested the board might consider calling a special meeting for the planned presentation, and possibly consider a larger venue to accommodate more people who might be interested in the topic.

The board discussion included the fact that, at present, the nickel belongs to the federal government and any process to refine it and have it become a surplus asset available to PACRO could be many years away.

“I would not make a big deal out of it,” said board member Betsy Flynn, “for something that will most likely never happen.”

“This is certainly a long-game thing,” said board member Craig Clymer, McCracken County judge-executive, who made the motion to have Hargett attend the next regularly-scheduled meeting Sept. 15.

This entry was posted in Energy, Mining, News. Bookmark the permalink.