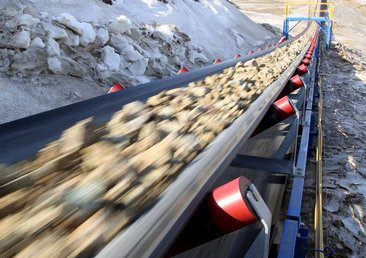 by: David Gay
AMARILLO, Texas (KAMR/KCIT) — Officials from the Amarillo Economic Development Corporation, along with the Amarillo City Council, expressed numerous times how historic Tuesday’s regular meeting was, with the council passing five economic development-related measures that could bring in billions of dollars in economic impact if two new companies choose to call Amarillo home.

“This might be a grand slam,” Amarillo Mayor Ginger Nelson said during the meeting. “Thirty-three years the EDC has been in existence, looking for projects to incentivize similar to this… This is a tremendous and unique impact. We’re very grateful to have this in our community. We don’t have to vote for it. We get to vote for it and what a privilege.”

According to the agenda item for Tuesday’s regular City Council meeting, Producer Owned Beef, LLC is looking for locations to build a 600,000 square feet food processing facility. In Amarillo, the company is looking at 1,108 acres located between I-40 and US Hwy 287 west of FM 1912.

“It will be a huge benefit to our local producers. It will allow them to own two parts of that. They will be producing and then also harvesting,” Carter said after the meeting.

Various highlights of the project include $650 million in estimated improvements, 1,600 new employees and $75 million of new annual projected payroll. Carter expects that this project would bring $7 billion in economic impact over 20 years, if Producer Owned Beef, LLC picks Amarillo.

For this specific project, the Amarillo City Council unanimously passed three items, aiming at incentivizing Producer Owned Beef, LLC to build its facility in Amarillo. The items passed were:

Amarillo City Councilmember Cole Stanley praised the Amarillo EDC for bringing forward this project, stressing that this kind of project is the kind of thing that will help Amarillo in the long run.

“When (the Amarillo EDC brings) a deal like this to us, it makes my job so much easier in the fact that this is exactly what you’re created to do,” Stanley said during the meeting. “This is what the (Amarillo EDC) is meant to do… It does bring about the economic impact that we need.”

According to the agenda item, CVMR (Texas) Inc. is looking for locations to build a 500,000 square feet mineral processing facility. In Amarillo, the company is looking at 540 acres located at US Hwy 60 west of Parsley Road.

This project, if the company chooses Amarillo, would include $1.5 billion in estimated improvements, 1,000 new employees in the first phase of the project, with the potential of up to 2,500 employees in future phases, as well as $97 million of new annual projected payroll. Carter said this is the largest project ever brought to the Amarillo City Council.

Carter said this facility would be a manufacturing and processing facility of rare earth metals, bringing in the refined elements to process and produce the various materials. Officials would bring the elements over from another state and they would be processed in Amarillo.

“The reason why is the central location in the United States that Amarillo offers, along I-40,” he said. “One of our slogans is that we are in the middle of everywhere so we certainly want to capitalize on that.”

For this project, the Amarillo City Council unanimously passed two items, to help convince CVMR (Texas) Inc. to build its new mineral processing facility in Amarillo. The items passed were:

During his comments, Stanley pointed out that it will cost the city around $80 million over the course of 10 years, what officials said would be the largest tax abatement the city has ever approved.

“So, how can we justify giving away taxes like that?” Stanley asked. “Well, $12 billion economic impact over 20 years… If you believe in capitalism, you also believe in incentivizing growth like this that produces capitalism, produces small business, produces growth in your economy.”

Overall, Nelson said these two projects are awesome, which she stressed was a “genuine expression” from the council as a whole, to have projects of this magnitude.

“Well, I think it just proves that we’ve got a great product to sell here in Amarillo,” Carter said in response to Nelson during the meeting.” Things are going really really well and you certainly want to capitalize. It’s our time, and let’s capitalize on it. That’s what we’re trying to do with these projects today.”

Carter said that he hopes that the decision will be made by the two businesses in the next few months. Carter said that it is going to take educational entities, including the area school districts, along with Amarillo College, West Texas A&M University and Texas Tech University to fill the hiring needs of these companies, if they decide to come to Amarillo.

For more information about the Amarillo Economic Development Corporation, visit its website.