CVMR and Proteus Systems in a joint communiqué

CVMR and Proteus Systems, in a joint communiqué unveiled a new and rather revolutionary electrical power generating system that is based on an ancient process, used for cooling and heating homes and water supplies in the Middle East & the Mediterranean countries.

The new invention is an inexpensive, mobile unit that can generate 7 to 10 kWh of electricity, 24 hours a day, using the heat from the sun or ambient air. Water filled tubes carry the heat to a heat exchanger that stores the heat. Specially devised pumps recycle the water. The stored heat is then turned into electricity. 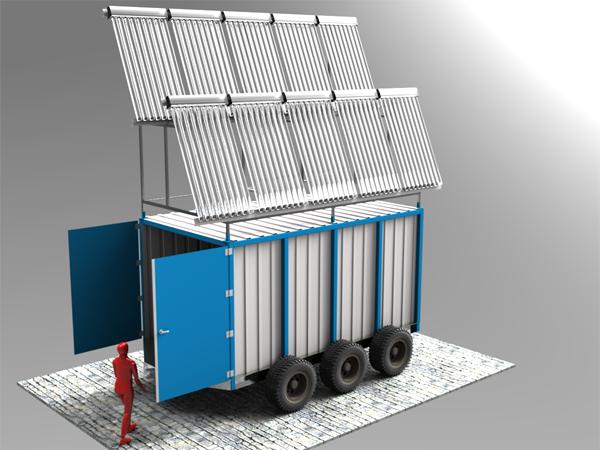 The use and application of Nano technology as a modifier of thermodynamic properties of existing heat transfer fluids in the process industry has a huge potential.

There are many “closed loop” systems used either in heating or cooling applications where the benefits of reduction in pumping cost could be quite significant. In addition, the size reduction of the heat transfer equipment would yield two-fold benefits:
– equipment capital cost
– overall system/plant efficiency 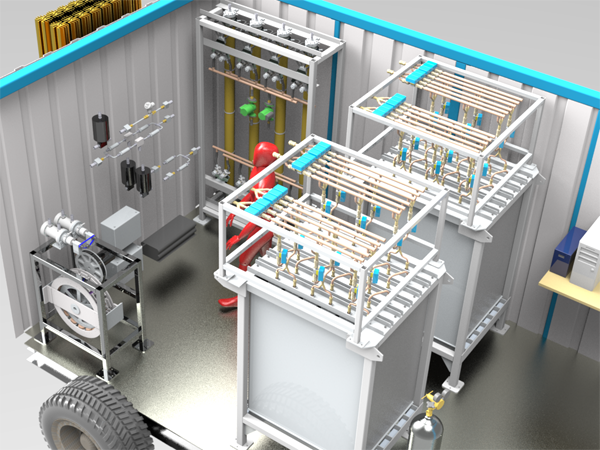 Inside the electricity generating system.
This entry was posted in News, Technologies. Bookmark the permalink.