NorthVolt AB, the Swedish company founded by a former Tesla Inc. executive, wants to cut the cost of storing power in half with a 4 billion euro ($4.2 billion) lithium-ion battery factory.

The Stockholm-based company wants to raise 1 billion euros by 2018, when it plans to break ground on a factory during the second half of the year, according to founder Peter Carlsson, who was Tesla’s former head of sourcing and supply chains. NorthVolt will announce a shortlist of possible Swedish manufacturing sites in about a month.

“Europe will be a very important market for energy storage,” Carlsson said by phone. “There is a huge need for back-up power. There is also a sizable auto industry that has made big promises to go electric.”

Energy storage is seen as the missing link in the world’s transition to a zero-carbon economy. Batteries can fill power gaps from intermittent solar and wind energy. Lithium-ion packs are also key for automakers banking on a new generation of plug-in vehicles.

The 46-year-old Chief Executive Officer has already convinced Sweden’s biggest utility, Vattenfall AB, to invest 5 million kronor ($550,000) and has raised $14 million to date. Carlsson’s seeking equity investors for half the capital needed to build the factory with the rest raised through debt. NorthVolt is applying to the European Investment Bank for a loan and could also issue green bonds for funding.

“We typically don’t invest in hardware,” said Vattenfall’s head of strategy Andreas Regnell, who may be open to pumping more money into the venture. “We see this as more of a business development effort. There are huge benefits for us if this happens, given that we’re heavily invested in electric mobility infrastructure.” 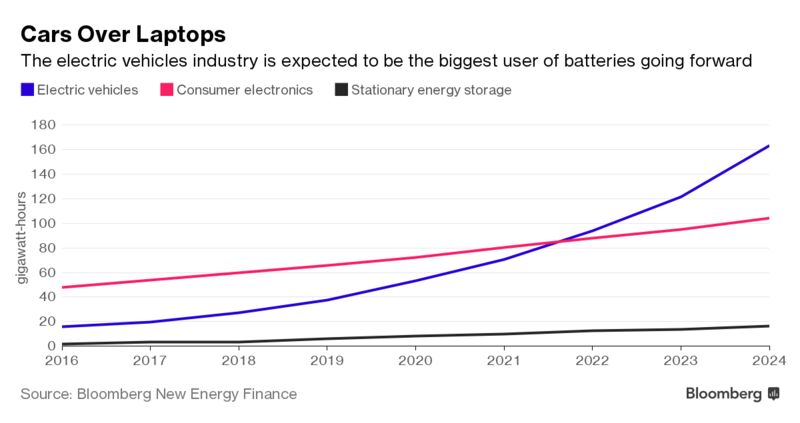 “There are 19 million cars sold in the European Union per year,” Carlsson said. “If even 10 percent are going to be electric, which is a conservative estimate for 2025, that’s a huge opportunity for us.”

Automakers are racing to develop battery-powered versions of their vehicles to help governments meet emission-reduction targets set under the 2015 Paris climate accord. To meet EU targets, average fleet emissions would need to drop 27 percent by 2021, compared to 2015 levels. That would require vehicle efficiency to more than double in the next five years, compared to improvements made since 2010. 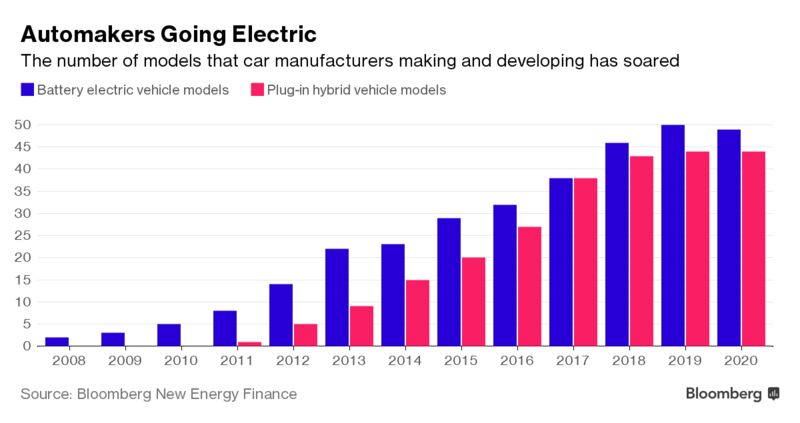 While Tesla is said to be thinking of expanding to Europe, Carlsson is focusing on supply local automakers rather than his previous employer.

“All of Tesla’s batteries go to support their products,” he said. “There’s plenty of other demand out there.”

NorthVolt’s initial facility in Sweden is planned to have capacity to produce about 8 gigawatt-hours of batteries per year, rising to 32 gigawatt-hours once the project is fully operational in about six years. The company expects to lower to cost of lithium-ion battery packs significantly, aiming to halve prices by 2022, Carlsson said.

“The scale that NorthVolt is talking about could certainly bring down the cost of battery packs,” said Logan Goldie-Scot, energy storage analyst at BNEF. He’s still “skeptical” that NorthVolt will be able to raise the 4 billion euros it needs.

“You can count the institutional investors that have put capital into energy storage projects on two hands. They’re still wary about technology risk and market risk in projects,” Goldie-Scot said. “We expect investors in battery production to share these concerns, especially around a pure-play manufacturer.”