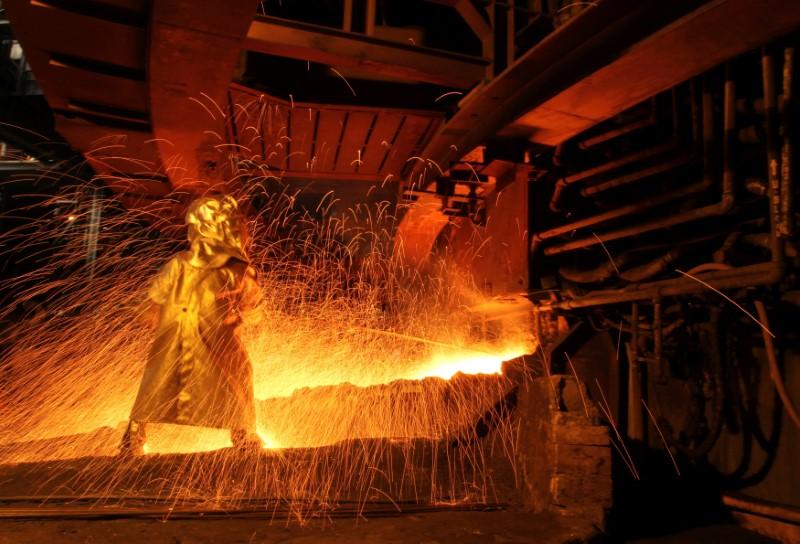 Nickel miners globally have been grappling with persistent weakness in the market, partly the result of moves by Indonesia and the Philippines to pull back on restrictions targeting their mining sectors.

A resumption of Indonesian nickel ore exports in May this year has been a boon for China’s nickel pig iron (NPI) producers that depend on such ore, but has meant trouble for the rest of the world’s nickel producers.

For Vale Indonesia, that has meant difficulties in establishing or maintaining partnerships for several ferronickel smelter projects on the island of Sulawesi.

“Some have told us verbally and some have put it in writing,” Vale Indonesia CEO Nico Kanter told Reuters in an interview, speaking of partners who have said they are pulling the plug or delaying decisions amid the pricing and regulatory uncertainties.

But “they are now more concerned about the calculations of their internal rate of return, because this is a $2 billion project,” Kanter said.

Another potential Chinese co-investor has decided to withdraw from a ferronickel smelter project in Bahodopi, Central Sulawesi, he said.

Benchmark nickel prices on the London Metals Exchange have gained about 3.5 percent since Indonesia’s rules changed, and were at $10,815 per ton on Wednesday.

“If there wasn’t a (rule change), prices could have improved more,” said Kanter.

Nickel prices made small gains since the latest rule change, but remain well below levels seen prior to mid-2015.

“This is not in line with the government’s vision of creating added value in the nation,” Amri said.

Indonesia’s ban on unprocessed ore exports in 2014 had paid off, Amri said, attracting at least $6 billion in nickel smelter investments.

As of June, however, around half of Indonesia’s newly constructed nickel smelters were shuttered as a result of the market’s shaky prices.

Indonesia’s mining ministry has denied that its ore export policy shift is to blame for the closures.

Coal and Minerals Director General Bambang Gatot said the smelters were closed because of “uneconomical technologies”.

Vale Indonesia’s shares have recovered in recent weeks and were at 2,600 rupiah ($0.1951) on Wednesday, still around 14 percent less than where they were before the policy shift.