Beijing’s campaign for clearer skies has closed thousands of mills and mines producing low-quality steel and coal, and makers of electrodes, particularly those near big cities, have not been spared.

Graphite electrodes are used to melt scrap in electric arc furnaces to produce new steel. Their main ingredient is high-value needle coke – named because of its shape – which is made from either petroleum or coal tar.

As China tightened the screws on polluting industrial plants, about 30 percent of its graphite electrode production capacity has been shut and some provinces have restricted output, said Dawn Brooks, a consultant at CRU.

“It’s just a fairly polluting industry, so factories near large urban areas were the ones to get hit by the environmental restrictions,” Brooks told Reuters.

The company is the best performing stock on the Shanghai Stock Exchange with a 263 percent year-to-date gain, while its first-half net profit surged to 412 million yuan ($63 million) from just 15 million yuan a year ago. Analysts expect its July earnings alone to trump that figure as graphite electrode prices explode.

Prices have soared nearly ninefold to 107,250 yuan ($16,330) a tonne in China this year amid a shortage of needle coke that has tightened availability elsewhere. Globally, spot prices for graphite electrodes have jumped by even more to about $35,000 per tonne as Chinese shipments dried up.

“We cannot handle all enquiries due to the supply shortage,” said a major Asian producer of graphite electrode that sells to South Korea, Japan, the United States and Europe. “There are huge inquiries but we cannot even set a price because we don’t have the electrode to sell.”

As the main heating element in an electric arc furnace (EAF), it takes 2-3 kg of graphite electrodes to produce one tonne of steel. Producers say it takes up to six months to make these electrodes.

Steelmakers typically buy graphite electrodes on yearly contracts, but now suppliers are only quoting prices for six months, the Asian producer said. “With prices rising, nobody wants to commit to today’s prices for a year,” he said.

In China, nearly 300,000 tonnes of graphite electrode manufacturing capacity has been shuttered since the second half of 2016 due to environmental concerns, CRU’s Brooks said in a report. 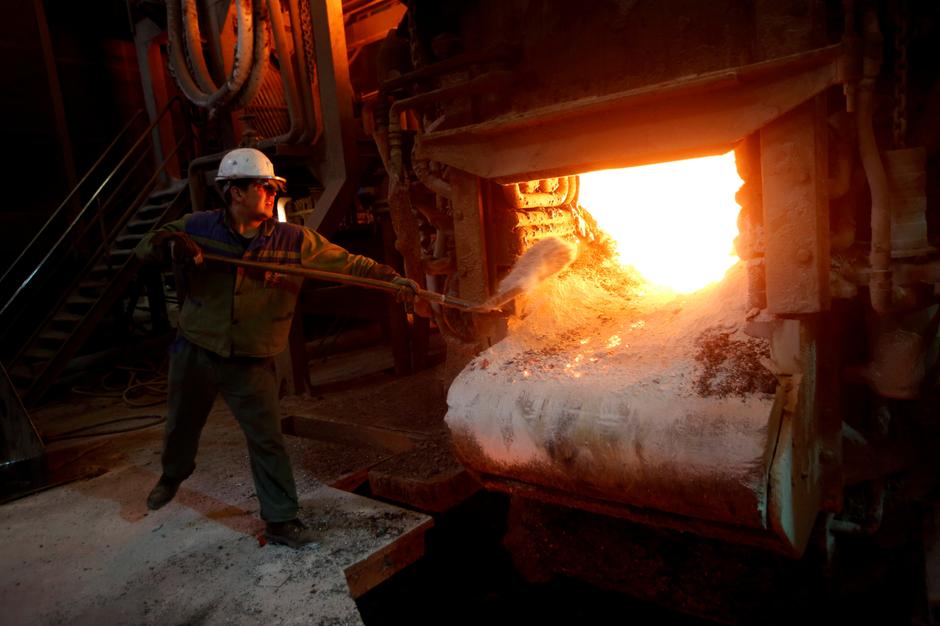 The closure of cheaper but more polluting induction furnaces in June had pushed many Chinese to move toward EAFs, but the limited supply of graphite electrode has stalled those plans.

Apart from graphite electrodes, needle coke is used to make lithium-ion batteries, used in phones and electric cars, further tightening availability for the steel sector. Petroleum coke, of which needle coke is a variety, is also widely used in the aluminum industry to manufacture the cathodes that are key to the smelting process.

In China, where most needle coke is made from metallurgical coke, stricter environmental rules have closed a lot of factories, said an official from CNPC Jinzhou Petrochemical, a major Chinese needle coke producer.

CNPC Jinzhou has no plans to expand production, he added. Fangda, which has its own needle coke plant with an annual capacity of 60,000 tonnes, did not respond to requests for comment.

The supply-side crackdown is “affecting the whole supply chain – with raw materials suppliers unable to meet demand from electrode manufacturers, and with steel mills around the world concerned that they will run out of replacement electrodes by the end of the year,” said Brooks

“We hear that there is currently a year-long waiting period for electrodes from manufacturers.”

Top Philippine steelmaker Steel Asia Manufacturing Corp, which runs a 500,000-tonne EAF and buys high-grade graphite electrodes from Japan is finding it tougher to secure material. The company was looking at purchasing from China.

“Price are rising so it’s difficult to source,” said Steel Asia vice president Roberto Cola, adding that the company normally has three to four months inventory of the electrodes.

The shortage is also being felt in Europe, where around 226,000 tonnes of graphite electrodes are consumed annually by the European Union. More than 60 percent of smaller electrodes come from China.

“With Chinese supplies of needle coke and graphite out of the market, there is a clear shortage of both materials,” Axel Eggert, director general of the European Steel Association, said in a statement on Monday.