Electric vehicles could hold the key to BHP Billiton Ltd. finally finding a buyer for its unwanted nickel operations.

The world’s top miner is accelerating plans to transform Nickel West in Western Australia into a linchpin of the global supply chain for electric vehicle batteries. The switch in focus promises to woo new suitors after an aborted 2014 attempt to sell the business, a supplier to the stainless steel sector for about half a century. 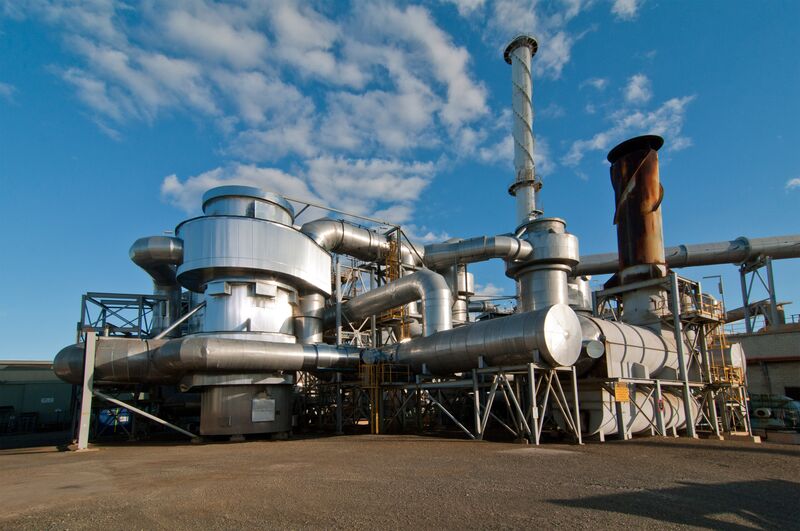 Chief Executive Officer Andrew Mackenzie wants to sell Nickel West because it’ll never be big enough to boost earnings meaningfully, even when it’s producing raw materials for the booming electric vehicle industry. While the market to supply nickel for EVs may be worth about $4 billion by 2030, that’s still way off the $100 billion annual global trade in iron ore that’s the bedrock of BHP’s business.

“The investment in Nickel West makes sense regardless,” said James Eginton, an analyst at Sydney-based Tribeca Investments Partners Pty, a BHP shareholder that’s urged the producer to extend its suite of commodities to tap rising battery demand. Efforts to refocus the business will either boost the value of a sale, or lift the unit’s cash flow if the assets are retained, he said.

BHP began work to build a nickel sulphate plant at Nickel West in recent weeks and is considering a slate of further expansions to make it the largest source of the material and a hub for other battery ingredients. It’s aiming to sell 90 percent of output into the battery supply chain by about 2021, from less than a third at the end of last year. Global nickel demand could more than double by 2050, fueled in part by rising electric vehicle sales, Bloomberg Intelligence said in a June report.

The world’s biggest mining companies are ratcheting up their response to the booming demand for battery raw materials. Rio Tinto Group is developing a lithium project in Serbia, while Glencore Plc plans to double production of cobalt and is effectively “a one-stop-shop” for investors seeking exposure to EV gains, Sanford C. Bernstein Ltd. said in a note this month.

The good luck for BHP is that only about 40 to 45 percent of existing nickel mine supply is suitable for processing into a battery-grade chemical product, Melbourne-based UBS Group AG analyst Lachlan Shaw said by phone. “BHP’s Nickel West fits into that category.”

The Nickel West unit, which held talks last year with five of the world’s largest battery makers, is weighing an expansion to double output at the $43 million nickel sulphate project and looking at options to add cobalt sulphate production. The reboot could add 20 years to the life of a business previously seen as potentially closing early next decade.

It also will consider a potential move along the EV supply chain to provide precursors, combinations of the metals that are mixed and dried to be added to lithium in the next stage of battery cathode production.

“Nickel West is located close to raw materials and the Asian battery market,” the unit’s asset president, Eduard Haegel, said in an email. Meetings across Asia have indicated demand is likely to grow at significant rates, he said, adding that test work on cobalt sulphate processing is underway. 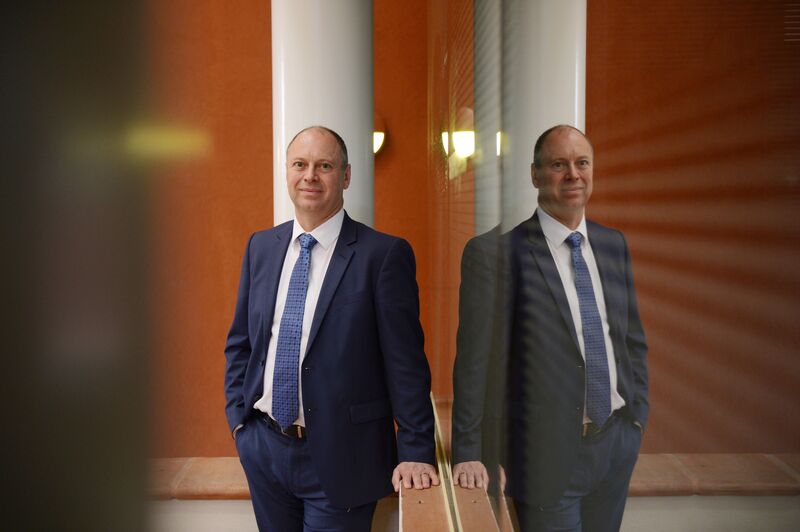 Nickel West was earmarked for sale under Mackenzie’s strategy to focus on four top-earning sectors — iron ore, copper, petroleum and coal — and to turn away from materials that require complex processing. The nickel unit’s full-year revenue of $952 million in fiscal 2017 pales against the $14.6 billion generated by the iron ore division. 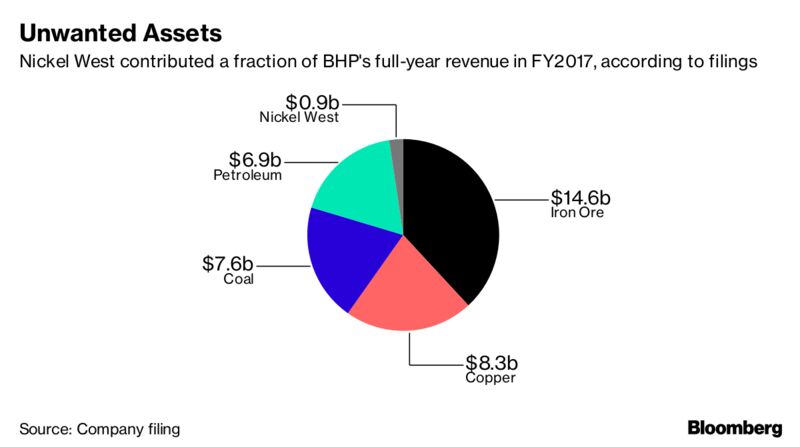 Copper — rather than metals with smaller markets — will offer the best opportunities, Mackenzie said in Melbourne last month. Hybrid vehicles require about double the amount of copper as internal combustion engine cars, while battery-only models need as much as four times as much, according to BHP.

“We’re just finding the right time in the market to offload Nickel West,” Mackenzie told reporters in Melbourne following an annual meeting in November. “Ultimately, you know, there has to be another owner.”

Groups across the battery supply chain are seeking to invest in assets and projects, including in Australia, Perth-based nickel producer Western Areas Ltd. said in August. Nickel West could be worth about $690 million, before factoring in rehabilitation costs for an eventual closure, according to Deutsche Bank AG.

The unit’s repositioning for the battery market would probably be most attractive for a smaller operator, according to UBS’s Shaw. “For BHP Billiton, is it something that massively moves the dial? Not really,” he said. “The battery opportunity in nickel is really interesting for a small or mid-cap nickel producer.”

— With assistance by Thomas Biesheuvel