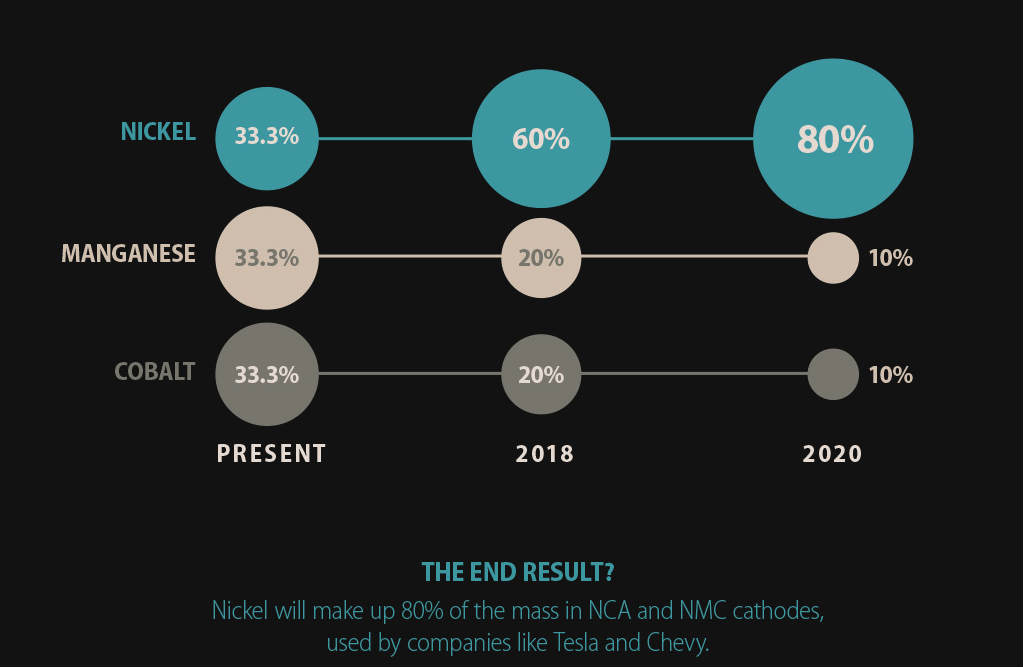 Nickel intermediates could provide the most cost-effective means of bringing on-stream additional class one nickel units to serve the growing battery market, according to Frank Nikolic, head of base metals intelligence at Vale.

“Can the nickel market respond to such massive demand drivers? Look at intermediates – it’s something that is going to serve the market,” Nikolic said at Metal Bulletin’s inaugural Battery Materials conference in Shanghai last week.

The nickel industry was able to deliver a 779,000-tonne increase in supply to the stainless steel market over the past ten years by mining laterite ore and taking advantage of low capital costs, delegates heard.

“The stainless steel market is not so particular about having class one; they want the iron. The premium market has the requirement for higher quality material,” Nikolic said. This is more cost-intensive than the mining of laterite ore, delegates heard.

The conversion of class two nickel is costly and class one assets are expensive to build, with nickel prices not strong enough to incentivize investment, Nikolic said.

Three-month nickel prices on the London Metal Exchange have risen from lows of $7,750 in February 2017 to highs of $15,790 on an official basis on April 19 but they have so far failed to hold at higher levels.

Nickel intermediates, in contrast, are less expensive to bring onstream – while they require purification and refining, a well-established process and route to market is in place, Nikolic added.

By 2025, battery sector demand will account for 19% of total nickel demand, up from 3% at present, according to Vale’s forecasts.

While the battery market grows and nickel stocks fall, a deficit of class one nickel will emerge; this will grow to “massive proportions” by 2030 when battery demand will account for 37% of the nickel market, Nikolic added.

Battery technology favors nickel-rich chemistries, with demand for the alloying metal set to surge in the coming years.

“There is no better chemistry available than lithium-ion and it favors nickel in a big way; the more nickel the better, the greater the energy density,” Nikolic said.

“And the more nickel you add, the cheaper it becomes – your battery cost comes down significantly,” Nikolic said. “For nickel miners… it has a significant impact,” he added.