How air conditioners could keep you cool and capture carbon

A German-Canadian team thinks it might be possible to use ordinary building air conditioners to pull carbon dioxide out of the atmosphere and convert into “net-zero” emission carbon fuels.

German engineer Roland Dittmeyer and Canadian chemist Geoffrey Ozin were inspired by carbon air capture systems that are being developed by several companies around the world, including the one that Canadian company Carbon Engineering, has built in Squamish, BC.
•Article in Nature Communications

These systems use large fans to expose air to carbon dioxide absorbing materials. The fans need to move vast amounts of air through the systems because carbon dioxide isn’t very concentrated in ordinary air. Even at its current high level, it’s only about 400 parts per billion in the atmosphere.

But Dittmeyer and Ozin realized that there were millions of fans moving large amounts of air already installed around the world in air conditioning systems. Those fans are used to remove the heat that gets concentrated in AC radiators as it’s drawn from the interior of buildings.

They realized that a retrofit could mean these AC fans could end up doing double duty. “The idea was why not equip these systems with an additional feature that would filter out the carbon dioxide,” Dittmeyer told Bob McDonald of Quirks and Quarks. 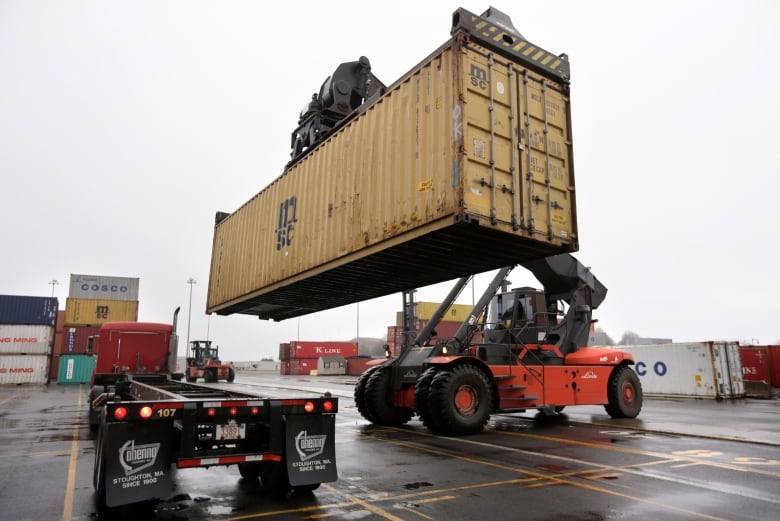 The next question the team considered was what could be done with CO2 captured by millions of air-conditioners around the world. That’s where Dittmeyer’s research expertise came in. He and his team at the Karlsruhe Institute of Technology in Germany, worked to reduce the size of the ordinarily huge catalytic chemical processing systems used in chemical and petrochemical plants.

They’ve tested ways of making relatively small systems that could take the captured carbon dioxide, and split it to produce carbon and oxygen. This could be combined with hydrogen extracted from water — water is another by-product of air conditioning systems — to make a simple liquid hydrocarbon which could be easily stored or transported for use in refineries or chemical plants. 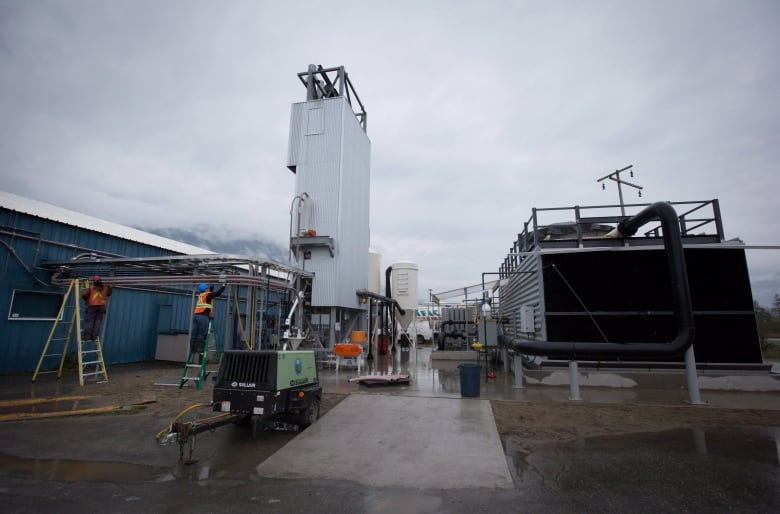 One stumbling block, Dittmeyer admits, is that this would be an energetically expensive process. “CO2 and water have very little energy. And what you make out of the fuel has, of course, high energy content so you have to add energy.”

Every step – running the A/C system, capturing the carbon, and then the chemical conversion of “un-burning” it into a liquid fuel would require energy.

“That must come from renewables,” said Dittmeyer. “If you would have it from power generation based on fossil fuels you better avoid it because then you generate more CO2 then you capture out of the air. And one approach is to go for building integrated photovoltaics.”

Dittmeyer says these conversion systems could be packaged in standard shipping containers which would allow relatively easy retrofitting with building A/C systems.

“A wonderful concept” with some drawbacks

Dittmeyer’s team modelled how much carbon-neutral fuel could be produced from captured carbon by these integrated systems in a country like Germany, where renewable power has been growing enormously. “In Germany we have 100 million tons of crude oil products in place per year. We think that we can make maybe 20 to 30 million tons of synthetic fuels that would replace the fossil fuels.”

The real significance of this might, however, be in developing nations where demand for air conditioning is expected to grow immensely. The International Energy Agency has forecast that by 2050 A/C installations could triple. Integrating carbon capture into these systems could offset

Dr. David Keith, a Canadian researcher at Harvard, and pioneer in air capture, says that this idea is clearly attractive. Keith is Scientific Director of Carbon Engineering, which is hoping to build large scale carbon air capture facilities.

He told Scientific American magazine “This is a wonderful concept — it made my day.” He is, however, skeptical that a system that requires so many of these modular carbon capture and conversion systems can be implemented at a practical cost

Dittmeyer admits cost will be an issue. He said there is little doubt the carbon-neutral fuel these systems produce will be more expensive than conventional fossil fuels. “That’s where the society and politics come into place which have to provide a reasonable environment to support a system change over a longer timeframe.”