Everyone who has a smart phone, everyone who uses the internet, everyone who buys electricity from solar panels or wind turbines, everyone who wants an electric vehicle – basically everyone – should be worried about America having enough chemical elements that are pretty rare and hard to get.

Rare Earth Elements, or REE, is a class of elements that have their own row in the Periodic Table, the second to last one shown in the table that begins with lanthanum and ends with lutetium. But more broadly, they fit into a class of elements known as rare metals, many not in that row, that include indium, vanadium, gallium, niobium, molybdenum, thorium and even cobalt.

Rare Earths, REE, RE and rare metals are often used interchangeably in the industry.

Most of these elements are not really rare since they occur in the Earth’s crust in significant amounts but, between mining, concentrating and smelting, they are really difficult to separate into individual elements as needed.

At present, rare earth resources have been discovered in about 35 countries and regions around the world, according to the AAPG Energy Minerals Division Committee, with total reserves of 130 million tons, of which nearly half are owned by China alone. (Disclosure, I am a member of this committee) 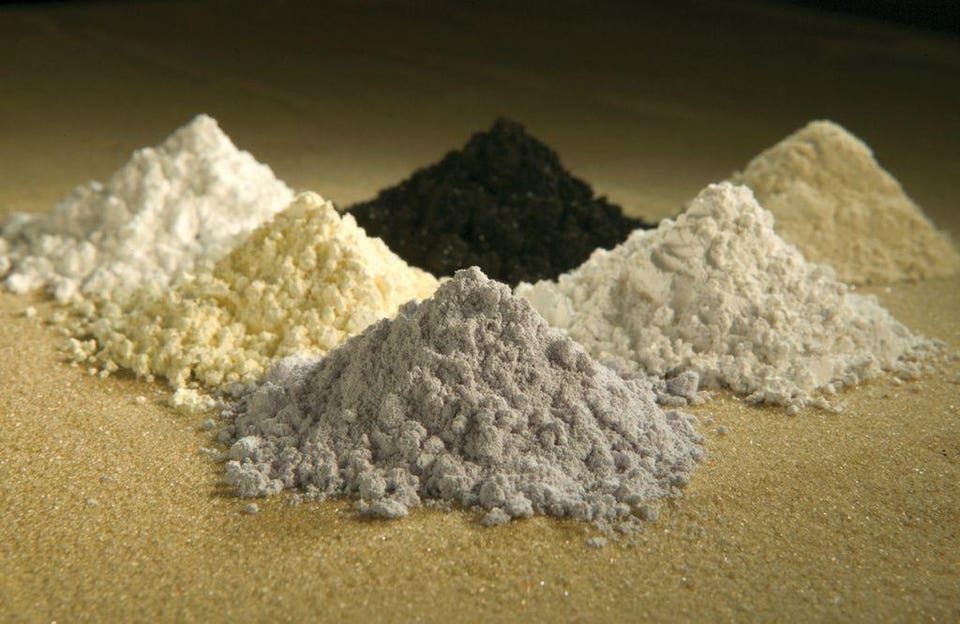