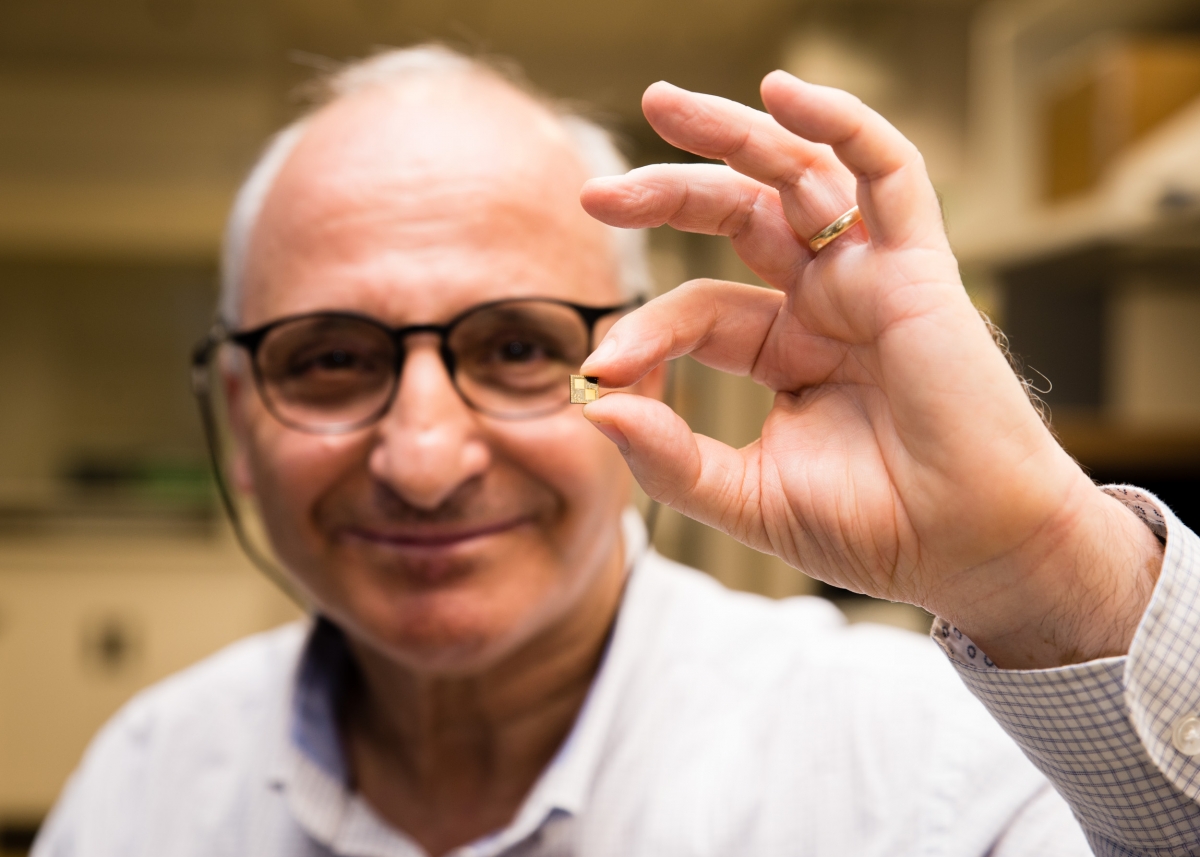 An energy scientist from Nanyang Technological University (NTU) in Singapore has developed a new chip that is able to charge a smartphone in less than 10 minutes. He hopes it can eventually be used to charge almost anything, including electric cars.

As it is so small, the chip can be embedded into almost all types of batteries. At the moment, lithium-ion batteries charge by having electrical energy slowly drip-fed into them in tiny amounts in order to prevent them from overheating, so the process makes it take longer for them to charge.

The chip was developed by Professor Rachid Yazami, director of battery programs at NTU’s Energy Research Institute, who won the 2014 Draper Prize for Engineering in recognition of being one of the three founders of the lithium-ion battery in the 1980s. Yazami’s research made it possible for lithium-ion batteries to be safely recharged, which has led to the technology being widely used today.

Despite his earlier success, Yazami has continued to experiment to find a way to make lithium-ion batteries even safer, as there is still a one in a million chance that one will explode, which is dangerous if the battery isn’t in your smartphone, but rather the electric car you’re driving in rush-hour traffic on the motorway.

“Although the risk of a battery failing and catching fire is very low, with the billions of lithium-ion batteries being produced yearly, even a one-in-a-million chance would mean over a thousand failures,” explained Yazami, who holds more than 50 patents and has authored more than 200 scientific papers, book chapters and reports on batteries.

“This poses a serious risk for electric vehicles and even in advanced aeroplanes as big battery packs have hundreds of cells or more bundled together to power the vehicle or aircraft. If there is a chemical fire caused by a single failed battery, it could cause fires in nearby batteries, leading to an explosion.”

To solve this problem, Yazami developed a proprietary algorithm based on electrochemical thermodynamics measurements (ETM) technology that is able to analyse both the health of the battery and its state of charge through a 3D chart.

“In addition to knowing the degradation of batteries, our technology can also tell the exact state of charge of the battery, and thus optimise the charging so the battery can be maintained in its best condition while being charged faster,” he added.

“My vision for the future is that every battery will have this chip, which will in turn reduce the risk of battery fires in electronic devices and electric vehicles while extending their life span.”

The battery took over five years to develop and will be available for chipmakers and battery manufacturers to licence by the end of 2016. Yazami is also keen to begin talks with Tesla about embedding the technology in its electrical cars.

Although batteries have been around for over 200 years, the race to produce better batteries is now on. This is not only to improve the power they can store, but also to lessen the human race’s dependence on fossil fuels in order to combat climate change, especially due to Elon Musk’s recent focus on creating high-tech batteries for the home.

This entry was posted in Energy, News, Technologies. Bookmark the permalink.