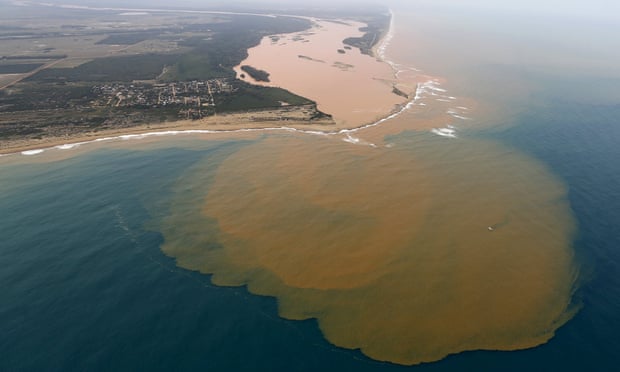 Illegal levels of arsenic and mercury polluted the Rio Doce river in the days after a dam burst at an iron ore mine in early November in Brazil’s worst ever environmental disaster, according to tests by a state water agency.

The Institute for Water Management in Minas Gerais (IGAM) found arsenic levels more than 10 times above the legal limit in one place along the Rio Doce after the dam burst on 5 November, leading to at least 13 deaths and flooding thick mud across two states. Mercury slightly above the permitted level was also found in one area.

In total, IGAM found unacceptable levels of arsenic at seven places on the Rio Doce, which stretches more than 500 miles from the mineral-rich state of Minas Gerais to Espirito Santo on the Atlantic coast.

The report, released on IGAM’s website after pressure from prosecutors, appears to contradict claims by the companies responsible for the mine. Samarco, the mine operator, and its co-owners, BHP Billiton and Vale, have repeatedly said the water and mineral waste unleashed by the dam burst were not toxic. Samarco said in a statement on Thursday that their own tests showed the mine waste in the dam – known as tailings – did not pose any harm to humans.

On Wednesday, the United Nations human rights agency said new evidence showed that the mud “contained high levels of toxic heavy metals and other chemicals”, without specifying what the chemicals were or where the evidence came from.

Tommasi Laboratorio, a company hired by Espirito Santo’s environmental agency to do tests on the water, said it had also found arsenic above legal levels, but that quantities had fallen in recent days. “It’s arsenic that wasn’t there before the dam burst,” said lab owner Bruno Tommasi. He said his tests had found no mercury or uranium and also urged caution about how to interpret the arsenic results. “Different types of arsenic cause varying levels of harm and our tests did not specify what type of arsenic was in the water,” he said.

Biologists working along the river and coastline have been shocked by the impact of the dam burst. The mud has killed thousands of fish, but BHP said they most likely choked to death on the sheer volume of sediment released by the dam, rather than the chemical composition of the sludge.