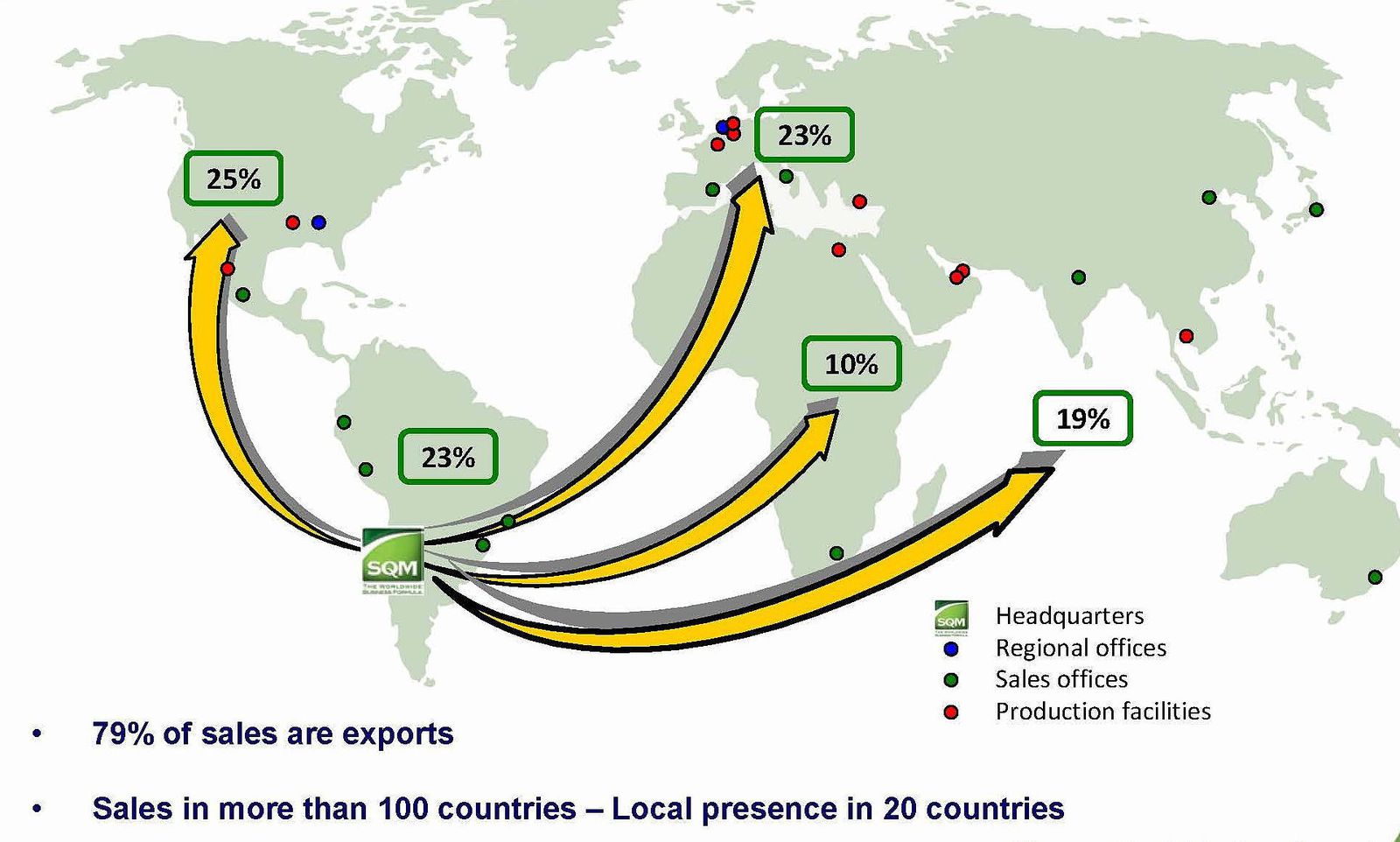 Dec 18 A stake in Chile-based SQM, one of the world’s top lithium producers, is up for grabs after an indirect shareholder said it had begun a sale process of its holding.

Oro Blanco said in a statement on Friday it had decided after a consultation process to invite buyers to make an offer for its entire holding in Pampa Calichera.

Oro Blanco holds a little over 88 percent of Pampa Calichera, which in turn owns around 20 percent of SQM , a major producer of battery ingredient lithium and an important supplier of iodine and other chemicals.

Such a sale might not be enough to cede control of SQM to a new owner but would be a move in that direction. Current controller Julio Ponce, the former son-in-law of late dictator Augusto Pinochet, was forced to resign as SQM chairman earlier this year after two separate scandals. A refreshed board has said it wants to draw a line under the events and improve corporate governance.

SQM’s access to vast nitrate and lithium reserves in northern Chile could attract a number of buyers. Canada’s Potash Corp already owns about 30 percent in the dual share structure of SQM, while Israel Chemicals has also flagged interest in the Chilean company.

Electric car companies such as Tesla have reportedly been visiting Chile as they seek to secure supplies of lithium, a critical ingredient in car batteries.

Shares in Oro Blanco rose 8.5 percent in Santiago on Friday morning after the announcement, while SQM’s Santiago-listed shares were up 8.4 percent and its Nasdaq shares rose 9.3 percent. (Reporting by Rosalba O’Brien; Editing by Meredith Mazzilli)