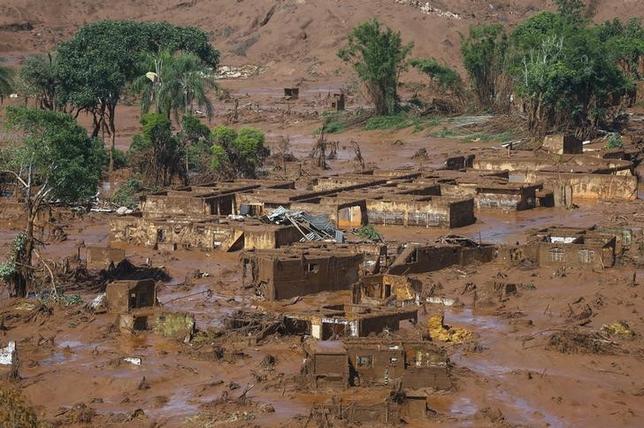 A judge in Brazil’s state of Minas Gerais has frozen the Brazilian assets of mining giants BHP Billiton and Vale SA after determining their joint venture Samarco was unable to pay for damage caused by the bursting of a dam at its mine last month.

In a ruling issued late on Friday, the judge ruled that Vale and BHP could be held responsible for the disaster at the iron ore mine in the state of Minas Gerais, for which the government is demanding 20 billion reais ($5 billion).

Vale and BHP each told Reuters they had not yet been notified about the decision. The companies are able to appeal.

Despite the scale of the disaster, Vale had argued Samarco, as an independent legal entity and a sizable company in its own right, was wholly responsible for the accident and the subsequent damage and fines.

But Federal Judge Marcelo Aguiar Machado disagreed. “I understand to be correct the allegation that Vale and BHP, as controllers of Samarco, can be classified as indirect polluters and as such responsible for the environmental damage caused,” he wrote in his 19-page judgment.

The judgment did not specify the value of assets that had been blocked, but mentioned prosecutor estimates that Samarco did not have the funds to cover more that half of the 20 billion reais being sought in damages.

Machado imposed a number of other requirements, among which Samarco must make an initial deposit of 2 billion reais within 30 days to cover the clean-up process. If the deadline is missed, the companies will face a fine of 1.5 million reais for each day the balance remains unpaid.

The companies must map out an extensive clean-up plan and work out how to stop mud from contaminating sources of mineral water.

Samarco, BHP and Vale must also contract within 10 days a company to evaluate the contamination to fish caused by the mud slide, and the possible risk to humans who might consume them.

Failure to meet these deadlines, and others listed in the judgment, face a daily fine of 150,000 reais.