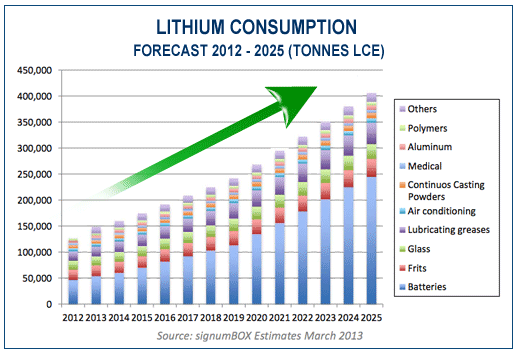 Dec 28 China’s CITIC CLSA Capital Markets Ltd will participate in the process to buy an indirect stake in Chile-based SQM, one of the world’s top lithium producers, the holding company selling the stake said on Monday.

Holding company Oro Blanco said in a filing with Chile’s securities regulator that Banco Itau Argentina, which was hired to oversee the sale process, informed it that CITIC had indicated its interest in buying the indirect stake.

Oro Blanco is selling its entire 88 percent stake in holding in Pampa Calichera, which in turn owns around 20 percent of SQM, a major producer of lithium and an important supplier of iodine and other chemicals.

SQM’s access to vast nitrate and lithium reserves in northern Chile is expected to attract a number of buyers. Canada’s Potash Corp already owns about 30 percent in the dual share structure of SQM, while Israel Chemicals has also expressed interest in the Chilean company.

The sale process comes after Julio Ponce, a former son-in-law of late dictator Augusto Pinochet, was forced to resign as SQM chairman earlier this year after two separate scandals.

Such a sale might not be enough to shift control of SQM to a new owner but would be a move in that direction. A refreshed board has said it wants to draw a line under the events and improve corporate governance. (Reporting by Anthony Esposito)