CVMR Corporation’s Managing Director in Turkey, Mr. Mehmet Bozdemir, announced CVMR’s investment in two high grade graphite mines in Turkey. CVMR has been producing graphene and graphite from CO2, CO, methane, and coal in the past 7 years. However, ‘Producing graphite and graphene from a natural source of graphite would be far less complicated and cheaper’ emphasises Mr. Bozdemir. 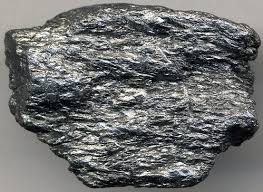 CVMR Corporation’s Managing Director in Turkey, Mr. Mehmet Bozdemir, announced CVMR’s investment in two high grade graphite mines in Turkey. CVMR has been producing graphene and graphite from CO2, CO, methane, and coal in the past 7 years. However, ‘Producing graphite and graphene from a natural source of graphite would be far less complicated and cheaper’ emphasises Mr. Bozdemir.

CVMR’s proprietary technologies have moved forward in the past 36 years by inventing new processes and new products at an astonishing pace. Besides the production of carbon-based products, the company can refine 36 different metals including all the rare earth element (REE) and platinum group of metals (PGM) using vapour metallurgy processes. It produced its first self-assembled graphene nanostructures that can absorb heat directly from the sun and convert that heat to electricity, two years ago.

CVMR’s unique refining technological platforms use an inexpensive but highly sophisticated proprietary system that uses recycled reagents in their gaseous form to vaporize various metals from their ore concentrates. It can mix and then refine laterite and sulphide ores in one combined process without any emissions into the atmosphere. The process is capable of refining various laterite and sulphide ores without polluting the air, water, or soil. It can recycle EV batteries, rare earth magnets and radioactively contaminated metals.

The driving force behind all these breath-taking innovations is the Chairman and CEO of CVMR group of companies, Kamran M. Khozan, and his management team of some 350 scientists, chemical engineers and process engineers headed by their Chief Operating Officer N. Victor Emanuel. The company has some 57 seminal patents and about 150 patented new inventions to its name. It is based in Toronto with operations in 18 countries.

About seven years ago CVMR demonstrated that it could convert CO2, CO, methane and coal to graphene, graphite using its CVD proprietary process.

The cheapest and the most abundantly available source of graphene and graphite is coal and mineral graphite. Burning them is hazardous to our health, converting them to graphene and graphite and myriad of their derivative products has proven to enhance our technologies and indeed with numerous applications in the medicine to improve our lives.

Using graphene, we can now study a new class of two-dimensional materials with unique properties. Graphene transistors are substantially faster than silicon transistors and result in more efficient computers. Graphene is suitable for producing transparent touch screens, light panels, and solar cells. When mixed with plastics, graphene can turn plastics into conductors of electricity while making them more heat resistant and mechanically robust. Satellites, airplanes, and cars are gradually being manufactured out of the new carbon-based composite materials. Application of graphite and graphene in medicine is astronomical.

The exceptional chemical, biological and physical characteristics of carbon-based nanomaterials have attracted the attention of scientists and large multinational coal mining and oil refining corporations in the past five years. The earlier scientific attempts were focused on the conversion of coal to alternative fuels for use in automobiles, tar for use in construction of roads and buildings, and variety of lubricants used in machines and processing plants. The processing methods used to convert coal to these products were gasification, liquefaction and hydropyrolysis.

Today, however, the demand for the development of nanomaterials using environmentally friendly technologies has changed the nature of these processes and the form and use of the products that can be developed. The reagents used in these processes and the synthesis techniques employed to grow nanomaterials from carbon-based materials employ mostly coal, mined graphite, CO2, and methane as sources of inexpensive and abundant raw material.

All these value-added, highly sophisticated materials can be produced from various types of coal such as lignite, bituminous and anthracite. These new nanomaterials have applications in the production of energy, biomedicine, aerospace, batteries, electronics, computers, and composite materials used in the aerospace, automotive, and defence industries.

In developing these products, CVMR selects the most economic combination of value-added products, given the feed material’s characteristics, market potential of the products to be chosen and the potential for generating maximum revenue. ‘A diverse portfolio when chosen carefully can mitigate sales and marketing risks’ sates Kamran Khozan.

The predominant techniques employed currently to synthesize carbon-based nanomaterials from coal are:

The latter method, CVD, is based on a platform discovered some 110 years ago. It has been further developed and applied to 36 different metal concentrates by CVMR and its organo-chemical-based processes. As a cost-effective method it has been expanded by CVMR to apply to coal as a source of inexpensive feed material.

Mr. Khozan pressed home the point by stating, ‘We plan to mine the graphite mines in Turkey and convert the mined graphite to products that today’s industrial market is hungry for. This, we hope will spearhead a new industrial sector in Turkey and beyond.’