John R. Finley, QC, Board of Directors and Corporate Secretary to CVMR® Inc. 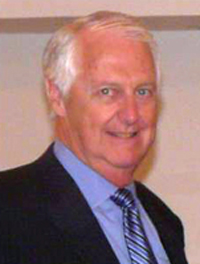 He was Senior Partner and former Head of the Financial Services National Industry Group and Toronto Financial Services Department of Gowling Lafleur Henderson LLP, a leading international law firm based in Canada. He specializes in the areas of corporate and commercial law including corporate governance, corporate finance, securities, mergers and acquisitions, corporate restructuring, banking, competition, advertising, marketing and franchising law.

John Finley was the Managing Partner of Smith Lyons LLP from January 1999 until its merger with Gowling Lafleur Henderson in 2001.

He is a graduate of University of Toronto. He was called to the Bar of Ontario in 1965. Mr. Finley has been active in the affairs of the Canadian Bar Association since 1967, holding a number of federal and provincial positions including President of the Canadian Bar Association of Ontario in 1982. He is a director of a number of public and private corporations, and has held various executive positions with the Canadian Red Cross Society including the Presidency of Ontario Division and membership of its National Board of Governors.