John D. Wagoner, board of Directors of CVMR® (USA) Inc. 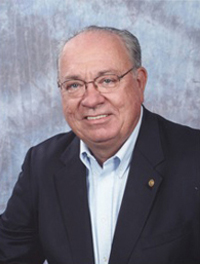 John D. Wagoner is a member of the board of Directors of CVMR® (USA) Inc.

He started his career as a USA naval officer and was selected for the Naval Reactors program of the Atomic Energy Commission and assigned to NR HQ in Washington, DC and Germantown reporting to Admiral H. G. Rickover in December 1965.

In 1968, Mr. Wagoner was assigned to Schenectady, NY at the Knolls Atomic Power Laboratory as Director of Contracts until 1976.

He resigned from the Navy as a LCDR and continued as a civilian employee in the same position with the AEC as a GS-15. During this period he was responsible for managing and overseeing KAPL procurements and negotiating contracts for the acquisition of Navy reactor cores including the first two-reactor carriers, Nimitz and Eisenhower, class 688 nuclear submarines reactor cores, and the first Trident submarine cores.

From 1976 to 1982 Mr. Wagoner held various positions at the US Department of Energy, initially as the first Assistant Project Manager for Contracts of the Clinch River Breeder Reactor Plant Project in Oak Ridge, TN.

He negotiated two multi-billion dollar contracts for coal liquefaction and accepted a position in DOE Headquarters reporting to the Under Secretary as Director of the Interim Synthetic Fuels Project until the Synthetic Fuels Corporation could start its operation.

He worked with the Congress and DOE Nuclear Energy managers, OMB, CBO, etc., to develop a plan which was submitted to the Congress. This involved Committee hearings, testimony and public hearings.

In May 1990, at Secretary Watkins request, Mr. Wagoner assumed the position of Manager of Richland Operations (Hanford Site Manager). He was responsible for the management of the entire site including PNNL, FFTF, all site operations and maintenance, and environmental restoration and waste management. He managed 19,000 employees with a Operating budget of $3 billion. He has worked directly with DOE Secretaries Watkins, OLeary, Pena, and Richardson.

He joined the Archimedes Technology Group in San Diego as its Vice President for Nuclear programs, in August 2002.

He serves on the board of a number of multinational corporations in the United States.