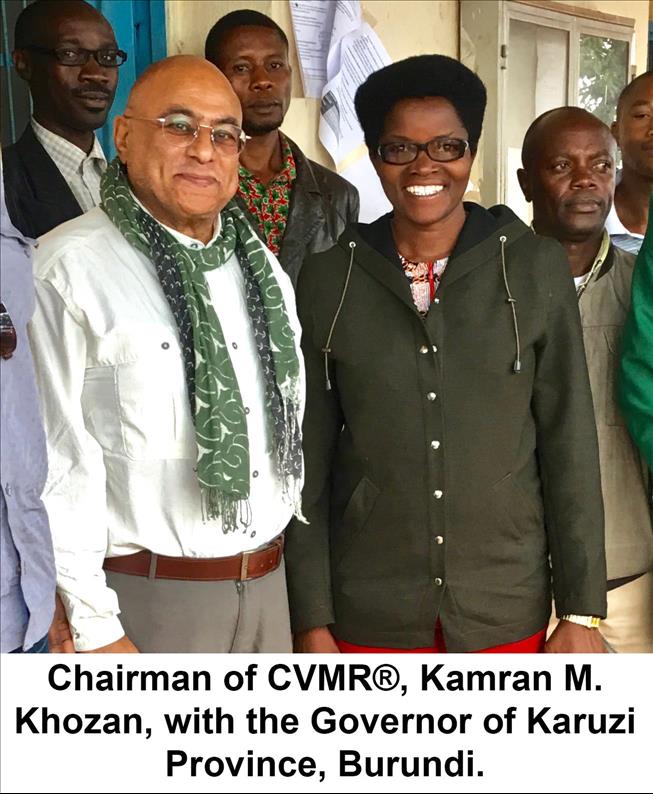 (MENAFN Editorial) TORONTO, September 20, 2018 (Newswire.com) – Honourable Côme Manirakiza, Minister of Hydraulics, Energy and Mines of the Republic of Burundi, informed La Société CVMR Energy Metals Burundi SURL (CVMR®), a subsidiary of CVMR Energy Metals Inc. of Canada, that the Cabinet of the government of Burundi has approved the awarding of mineral concessions Waga and Nayabikere to CVMR®. The Right Honourable Pierre Nkurunziza, President of Burundi, ratified the decree on Sept. 14, 2018. This will now allow CVMR® Energy Metals to initiate a public offering of its shares in the Toronto and London Stock Exchanges. CVMR® now owns the mineral concessions of Mukanda, Waga and Nayabikere in Burundi.

Although CVMR®’s Pre-Feasibility Study on Mukanda confirmed the accuracy of previous findings of its mineralization, the surveys will have to be repeated once more in accordance with NI 43-101 regulations. CVMR® will be using the expertise of DRA Global engineering firm and Jacob Mining Engineering to complete the process.

The Canadian National Instrument 43-101 (NI 43-101) requirements entail an aerial geological and ground survey and mapping of the property, drilling and mineral core sampling and testing. NI 43-101 is a mechanism for the standards of disclosure for mineral projects within Canada. It is a codified set of rules and guidelines for reporting and displaying information related to mineral properties owned and explored by companies, which report these results on the stock exchanges within Canada. All Feasibility Studies conducted by a Canadian mining company that plans for an IPO in Canada have to adhere to the strict guidelines of NI 43-101.

A team of geologists, mining and refining engineers from CVMR® are expected to arrive in Bujumbura in November of this year to meet with the officials of the Ministry of Hydraulics, Energy and Mines in order to complete the preliminaries of the Feasibility Study on the Mukanda project and to initiate the Pre-Feasibility Studies on Waga and Nayabikere.

CVMR®’s representative in Burundi, Maître Onesphore Baroreraho, emphasized the importance of these projects and their impact on Burundi’s economic development and thanked the Ministry of hydraulics, Energy and Mines and the Burundi government officials for their cooperation and assistance in these important projects.