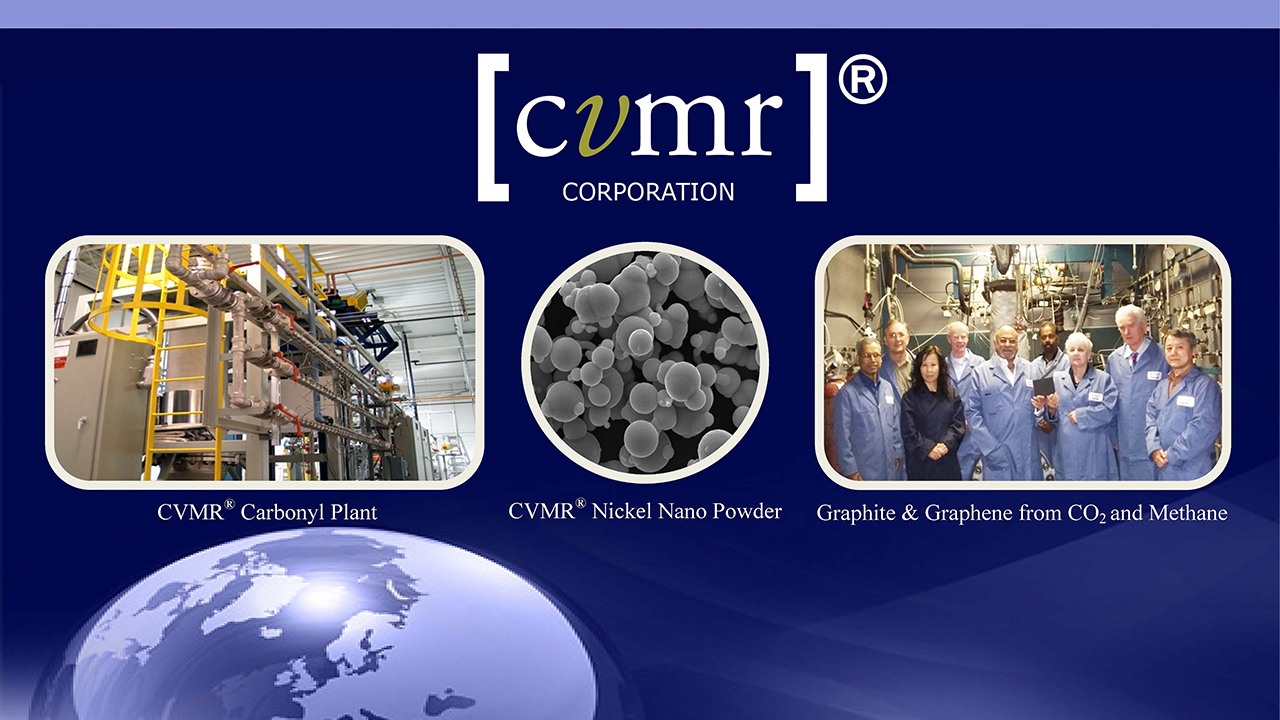 To paraphrase Voltaire, “It is dangerous to be right in matters on which the established authorities are wrong.” Yet I am willing to take that risk in this article. As Chairman of CVMR Corporation, a mining and refining company based in Canada and the United States with subsidiaries in 18 countries, I thought I had sufficient information at my fingertips to evaluate the relevant factors affecting my business. In the past I could even forecast the fluctuations and macro cyclical movements in the metal markets with reasonable accuracy. But today all bets are off. No soothsayer of the commodity markets can accurately predict where we are headed. Here are some constituent factors that I think might be relevant given this precarious state of affairs.

The United States and The European Union have declared that they lack what the US government has termed “critical metals.” These include nickel, cobalt, lithium, and rare earth elements among a host of others. This constant drone of shortage of strategic metals has become a signal to the traders in these commodities to increase their prices, justified or not, and for the countries that possess such materials to squeeze their exporters. This situation is further aggravated by speculators and manufacturers who have been handed an excuse to jack up their prices claiming shortages of their raw materials.

The beneficiaries of this turmoil are the speculators, the resource rich countries and those nations who had the foresight to develop their metal refining capacity ahead of this predicament. There is no point in having the raw resources if you have to ship them to another country to be refined, as US and most European countries are doing today.

Sun Tzu instructed us that “All warfare is based on deception,” including industrial competitions. Any general worth his salt would tell you not to signal to the opposing side. Yet, in our collective panic, that is exactly what we keep doing. Not a single day passes without our political leaders bemoaning our lack of mineral resources.

For decades we have been banded together sleep-walking in the wrong direction regarding strategic metals sourcing and refining. Now that we dare to admit that our industries lack the raw materials in their refined form, we have started running after and emulating the industrial practices of the countries we consider to be our competitors. But this is akin to missing the bus and running as hard as one can after it. The pain is not in the missing of the ride, it is in the running. Such efforts are seldom rewarded.

Throwing money at the problem with the current strategy of securing minerals tantamount to distributing financial incentives modeled after Procrustes’ bed on which our corporations are either stretched beyond their capabilities or their legs are cut off to fit the political framework decided for them by a muscle-bound bureaucracy who are more concerned about equal distribution of government grants than the capabilities of the recipients.

Let me surprise the reader. There is no shortage of minerals, “critical” or otherwise. There is, however, a shortage of refineries, especially refineries that do not pollute our air, soil and water and leave massive amounts of hazardous tailings behind. That is why in the past we relegated refining to those countries who had little or no concern about pollution. David Ricardo’s 1817 theory of comparative advantage embraced by political parties of all shades and businesses of diverse industries has proven to be disastrous for the supply of refined commodities we need today.

We cannot protect our future based on yesterday’s policies and practices. It is high time to use a bit of imagination and change tack. Our governments should encourage clean refining of metals in our own countries instead of the misguidedly hyping of the shortage of minerals, which is blatantly self-defeating, while shipping raw materials for refining to the very countries we are trying to compete with.

Neither US nor Europe have developed any new metal refining capacity. Meanwhile the Canadians have flung the doors open for foreign corporate entities to deplete whatever resources they can find, shipping them to their home countries for refining and then selling them back to us as finished goods.

Those refineries that do exist in Canada, US, and EU are mostly based on the old technologies of hydro and pyro metallurgy, causing havoc to the environment and costing the taxpayers tremendous health issues and cleaning up costs. These legacy refining processes use plenty of acids of all kinds, their smokestacks wreak havoc in the air we breathe and the wastes they leave behind are akin to festering wounds on the surface of our planet.

When our regional leaders stick their chest out and proclaim that they have enticed the biggest and the best corporations to build EV batteries in our neighbourhoods, should we be surprised that the majority of such companies are foreign entities with protected technologies who have been given massive subsidies to supply us with their products inside our borders so they can jump the tariff barriers.

Moreover, when we quote the prices of nickel, cobalt, iron and lithium, we all rely on the London Metal Exchange’s daily quotes as the standard spot and forward prices, bereft of the fact that LME was sold to the Chinese government, for all practical purposes, in 2012. London Metal Exchange (LME) sits at the epicentre of the global trade in industrial metals. The exchange serves as the central location for trading in the “critical” metal commodities. LME was owned by its members in London until 2012. However, it was sold to the Hong Kong Exchanges and Clearing (HKEX) for £1.388 billion. Since then, forward and futures metal contracts, grading of metal products, temporary storage of certain surplus shipments, and other machinations capable of monopolizing the metals market have fallen under the Chinese government control.

One might be forgiven for not knowing that margin requisites by the LME are kept low, causing poor money management, which at times leads to unnecessary risk-taking by the traders. Or that the speed for matching bots and algo trading is also in the hands of the exchange, making it quite a risky business for the traders outside the inner circle when the exchange refuses to take delivery of large quantities for storage.

With a total market capitalization of over US$6.5 trillion HKEX is the sixth largest stock exchange by market capitalization of listed companies. The Chinese government is the largest shareholder in HKEX and has the right to appoint six of the thirteen directors to the board.
There are other commodity exchange centres which are quite capable of managing metal exchanges and indeed they do, but they do not have the influence of LME in this business. Some of the major commodity exchanges in the world capable of doing what LME does are Chicago Mercantile Exchange (CME), Chicago Board of Trade (CBOT) and New York Mercantile Exchange (NYMEX). Yet LME dominates the trading in the strategic metals our countries desperately need.

The small cap companies that have sprouted recently all over Canada and the United States boasting of their rare earth elements, assuming they are not exaggerating their find, omit to mention that they do not know how to refine those elements and that it would take them another five years to build a refining system if they knew how to build one. They also fail to mention in their promotional literature that most of those rare earth elements are highly radioactive and require a sophisticated method to decontaminate them.

For a short while we seemed to have collectively decided that coal and oil as fuels of our economies were out, and wind and sunshine were in. Then we allowed the Ukraine crisis to escalate and now we are all back to our staple diet of oil and coal while inadvertently financing the carnage in Ukraine. So much for our sound strategic planning.

Meanwhile, India, the not so sleepy giant, is rarely considered in our superficial analyses. With a population comparable to China, a highly advanced industrial sector, democratic institutions, and a new generation that is well adept to new technologies with a high level of computer savvy, and an excellent educational system, India is a rising major competitor to China. However, our collective misguided foreign policies have pushed India closer to Russia and Russia closer to China. Sun Tzu’s ghost would chuckle at our amateur way of groping in the dark for a doorknob that does not exist.

As businessmen and women, we all seek convenient opportunities in this turmoil. So, the larger corporations attempt to manipulate the commodity markets, and the smaller ones make grandiose and often unfounded statements about their capabilities and the unproven mineral resources they claim to have discovered. They hope that their clumsy tactics might increase their share value and attract investors. Add to the mix the contractual and monetary innovations of blockchain and crypto currencies that are creeping into this domain, and one gets a witches’ brew of confusion, instability, fraud, and yes, some progress, if one can maneuver through this chaotic and complicated labyrinth.

Metal bearing ores are where nature decided to put them. There is not much one can do about that. However, the reason most raw metal ores end up in China is because the Chinese had the foresight to build massive refining infrastructures. Having the minerals does not solve the problem unless one can refine them. Instead of China bashing, we should emulate them and strengthen our refining capacity. That fact alone can reverse the direction of trade in our favour and assure us of reliable supply of the refined raw materials our industries need.